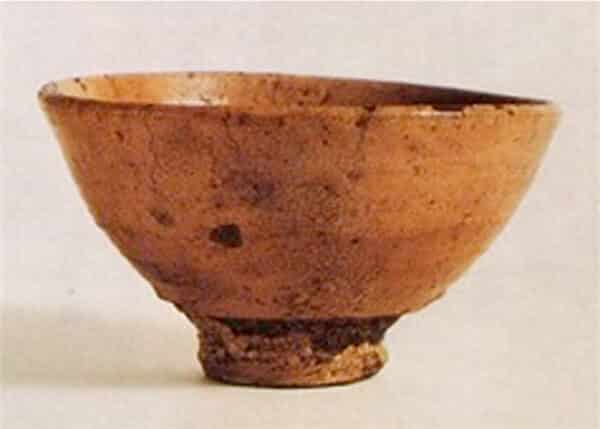 Perhaps the most famous chawan is known as the “Kizaemon Ido” chawan. This bowl first made famous in the West through the translation of the writings of Soetsu Yanagi by Bernard Leach of Yanagi’s book The Unknown Craftsman.   Several years later, Jon Carter Covell and her son Alan Covell published their book The World of Korean Ceramics and added information about this Korean “captive” chawan now residing at the Daitoku-ji temple of the Rinzai school of Japanese Zen. That temple is closely linked to the tea masters Sen no Rikyū and the great Kobori Enshū.

I first met and became friends with Jon Carter Covell in 1978 when we roomed on the same floor at the International House at Ewah Womans University. Jon, a Buddhist, had lived at Daitoku-ji for many years before moving to Korea.  As mentioned, The Kizaemon ido was already known from the translation and publication of The Unknown Craftsman by Leach. When Jon told me that she had lived at Daitoku-ji, I immediately began to talk with her about the “Kizaemon ido”.    “Have you ever seen it?” Answer, “Yes”, “Did you ever hold it?” Again, “Yes.” “What would it take for me to get to see it?” With this question Jon paused. Then she answered, “Well, if you gave them $5000 USD, you could see it but not touch it.” As you can imagine, I have not yet seen the bowl but that event is on my “bucket list”.    Incidentally, if any of the famous Korean Ido buncheong (mishima) chawan were to come on the market today it would sell for the equivalent of millions of USD and the bidding would be intense.

Some years ago an Abbot at Daitoku-ji told Jon Carter Covell:

If the Koho-an should ever burn. (and it is constructed of highly flammable wood). If that single ido bowl were rescued (the “Kizaemon ido”) out of its entire art collection, from the sale of that one bowl, there would be more than enough money to rebuild the entire temple again.
Koho-an is the memorial and mortuary temple to Kobori Enshū, the single most influential    aesthete in Japan’s history. He determined the taste of both the imperial court and the shogunal regime . . . The World of Korean Ceramics
. . .this bowl is quite obviously far from perfect.  Across the exterior of its body a horizontal scorch mark can be seen; . . . The bowl is warped and the lines of its simple out-flared shape are irregular.  The lower surface or foot has an uneven shrinkage where the glaze started to leave ts surface of the bowl during the firing.  This is called “sharkskin” and much admired by the Japanese. 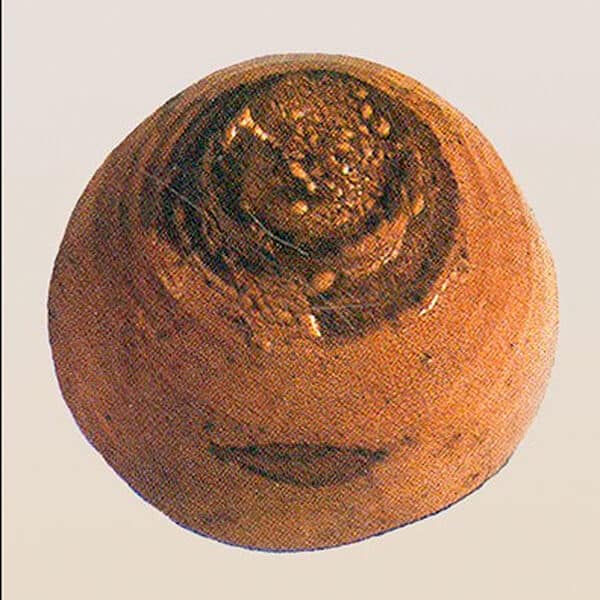 With the passage of time, the white slip into which the ido bowl was dipped has darkened or seasoned, evidencing loving usage, now having mellowed into a creamy orange color.  Recognizing the importance of the passage of time was essential in the “poverty tea” of Sen Rikyu.  Time was also to be appreciated in the sense of the wonderousness of the present, to be totally aware of the present moment.  The scorch mark, the glaze irregularities, all indicate the kiln’s instant moment or Zen awareness.

Jon and Alan Covell continue their discussion of this bowl in their now out-of-print book The World of Korean Ceramics. If there is interest in my quoting more from this rare, out-of-print book or interest in purchasing a reasonably priced signed copy of it, please contact me.  (Alan Covell has a few copies left and will sell them at their original price.)

I will return to the explanation of “buncheong” and attempt to explain “ido” later. Let’s look at what Soetsu Yanagi says about this bowl in his book The Unknown Craftsman.

A short digression: In 1957 I visited the English potter Bernard Leach in his studio in St Ives England. ( I may go into the details of that visit on a later post.)  While Mr. Leach and I spoke, he told me about his friendship with Soetsu Yanagi and discussed the importance of Yanagi’s philosophy. “Has anything been published in English by Yanagi?” I asked. Leach answered, “I have been thinking about translating one of his books. It should be completed in about three years.” I waited 16 years until 1973 for the publication of The Unknown Craftsman and was not disappointed. In a letter I received from Bernard Leach, he wrote”. . . one might think that I like Japanese ceramics best but it is Korean ceramics that moves me most.”

Of the “Kizaemon Ido” Yanagi writes:

This single Tea-bowl is considered to be the finest in the world. There are three main kinds of Tea-bowls, those originating in China, Korea and Japan respectively. The most lovely are from Korea, and men of Tea always give them first place. (he goes on to explain the varieties of Korean bowls then writes. . ) The finest are called meibutsu O Ido, meibutsu signifying the particularly fine pieces. There are twenty six bowls registered as meibutsu, but the finest of them all, . . ., is known as Kizaemon Ido. This bowl is said to contain the essence of Tea.

. . .For a long time I wished to see this Kizaemon bowl. I had expected to see that “essence of Tea”, the seeing eye of Tea masters, and to test my own perception; for it is the embodiment in miniature of beauty, of the love of beauty, of the philosophy of beauty, and of the relationship of beauty and life. It was within box after box, five deep, buried in wool and wrapped in purple silk.
When I saw it, my heart fell. A good Tea-bowl, yes, but how ordinary! So simple, no more ordinary thing could be imagined. There is not a trace or ornament, not a trace of calculation. It is just a Korean food bowl, a bowl. Moreover, that a poor man would use everyday – commonest crockery.
A typical thing for his use; costing next to nothing; made by a poor man; an article without the flavour of personality; used carelessly by its owner; bought without pride; something anyone could have bought anywhere and everywhere. That’s the nature of this bowl. The clay had been dug from the hill at the back of the house; the glaze was made with the ash from the hearth; the potter’s wheel had been irregular. The shape revealed no particular thought: it was one of many. The work had been fast; the turning was rough, done with dirty hands; the throwing slipshod; the glaze had run over the foot. The throwing room had been dark. The thrower could not read.  The kiln was a wrenched affair; the firing careless. Sand had stuck to the pot, but nobody minded; no one invested the thing with any dreams. It is enough to make one give up working as a potter. . . . . .
But that is how it should be. The plain and unagitated, the uncalculated, the  harmless, the straightforward, the natural, the innocent, the humble, the modest:where does beauty lie if not in these qualities? The meek, the austere, the un-ornate – they are the natural characteristics that gain man’s affection and respect.

Yanagi then discusses the importance of nature to Tea-bowls:

All beautiful Tea-bowls are those obedient to nature. Natural things are healthy things. There are many kinds of art, but none is better than this. Nature produces still more startling results than artifice. The most detailed human knowledge is puerile before the wisdom of nature. Why should beauty emerge from the world of the ordinary? The answer is because that world is natural. In Zen there is a saying that at the far end of the road lies effortless peace. What more can be desired?  So, too, peaceful beauty. The beauty of the Kizaemon Ido bowl is that of strifeless peace, and it is fitting that it should rest in that chapel, the Koho-an, for in that quiet place it offers its silent answer to the seeker.

I may return to Yanagi’s discussion later, but this seems a good place to stop for this first chawan post.

What do you think? Should this Kizaemon Ido Tea bowl be considered the finest in the world.”?  Should we look at this bowl as the standard for Tea Bowls?  I look forward to your comments.

On my next post, I will look at the Korean potter who made it.  Of course that person remains unknown but what is know is something of the conditions under which it was made.

I look forward to your comments (in English) and thank you in advance for them.

Footnote: I am very pleased to be able to show the bottom of this bowl. This may be the only site on line that shows this view of the Kizaemon Ido.