In the early years of buncheong decorating, when these newly independent potters were working to find themselves without the support and restricted production of the government run celadon or cheongia 청자 factories, there was great experimentation. This very early buncheong jar is a prime example of that experimentation. It exhibits in one piece the great decorating skills of the potter or potters who created it. I say “potters” plural because during the Goryeo Dynasty celadon days, there were government run factories with formers, decorators, glazers and kiln men each responsible for their role. 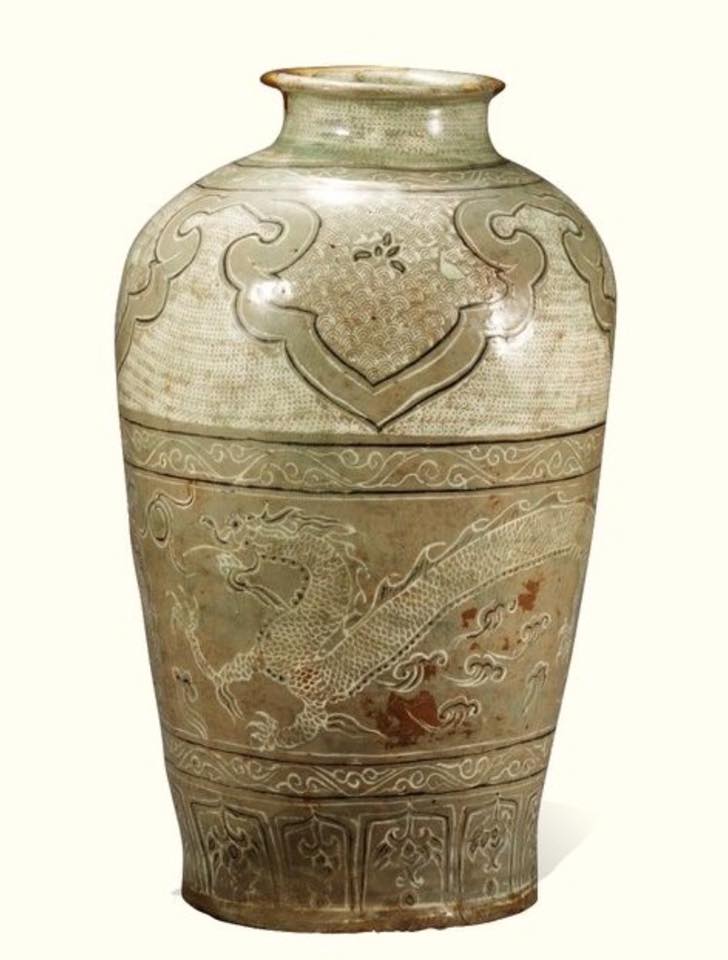 So, it stands to reason that this pot may have been the work is more than one potter trying to earn a living in this independent potter system. It must be noted that not all pottery made during the Goryeo Period as made in government factories. I digress. 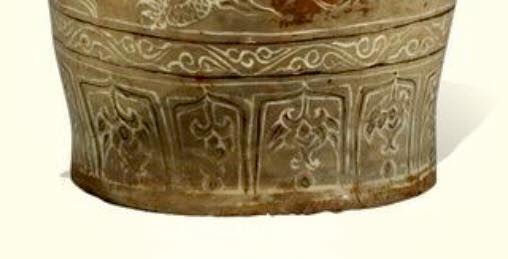 Let’s look at the pot, we will begin at the bottom and work our way up. The bottom band is surrounded by elaborately carved and inlaid lotus pedals, the symbol of Buddhist enlightenment. Perhaps slightly disguised as this was also the beginning of the suppression of Buddhism as the major religion in Korea. Confucianism was becoming prominent throughout the land. 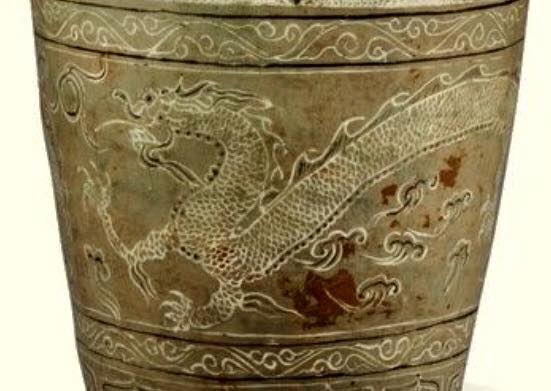 Above the lotus petals is in elaborately carved and stamp inlaid dragon. The dragon is the symbol for the King. This is no ordinary dragon this is Yong 용. This dragon does not destroy herds of cattle and chase fair maidens.  This dragon is the protector of the people. He is responsible for the weather and floats among the magnetic fields of the earth. If you meet him he may grant your wishes or bestow on you great wealth. 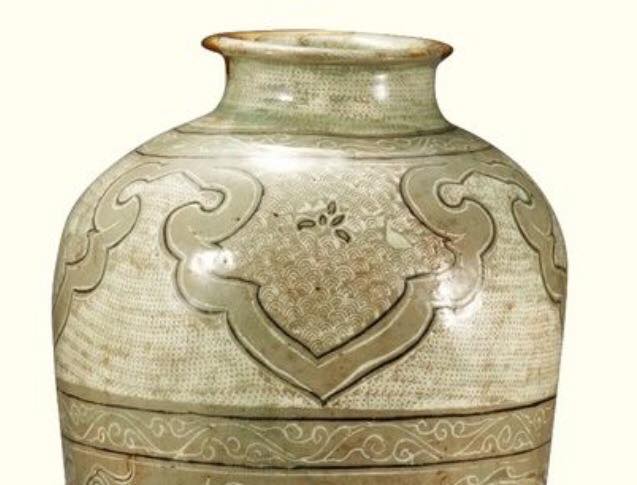 Above Yong is a magnificently carved and stamped shoulder exhibiting once again this potter’s versatility. Stamping, found often in Korea’s earlier United Silla Period, is becoming increasingly important to these potters. Here the potter places two types of stamps together. The field of inlaid dots is achieved with a row stamp – essentially a thin stamp about 1.5 in or 4 cm long.  The overlapping arches is from an overlapping concentric circle stamp. Even the neck is stamped.

You may notice that the piece is slightly wobbly. This is not caused by a poor potter but the fact that many Korean clays have a ‘mind of their own’ and sometimes move in the kiln. Had this occurred during the Goryeo Dynasty’s celadon period, the piece would have been destroyed.

It seems appropriate that this magnificent carved, multi-stamped and inlaid buncheong jar would itself be honored as the image on a Korean postage stamp. 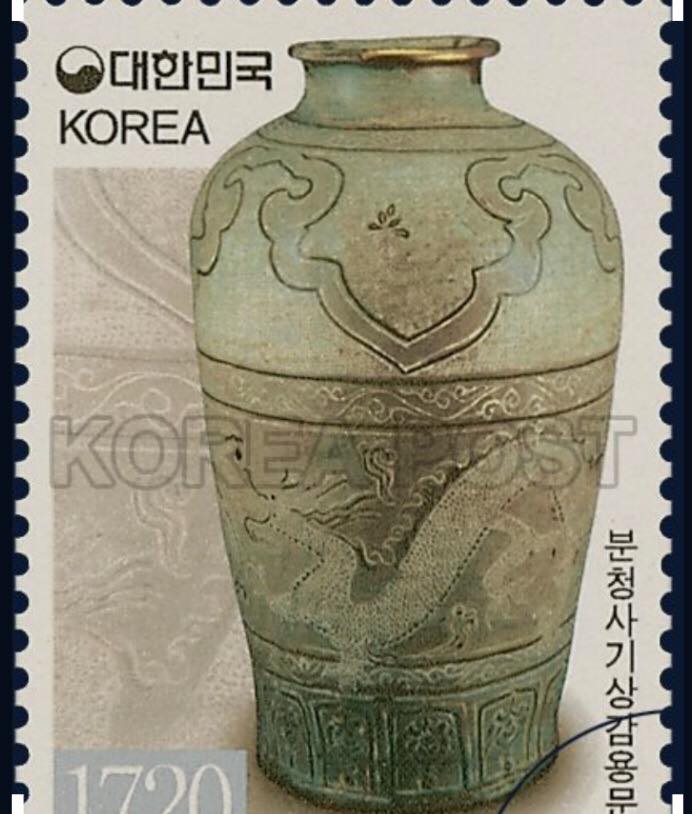 Please activate Easy Media Gallery Pro licence key. You can activate here
Share on:
« Previous PostPreparing Tea - A Korean Way Next Post »This is the most recent story