This article is by Park Suku AKA Suck-Woo Park (박석우) a Professor at Sang Myung Graduate School of Art and Design, he is an internationally known contemporary Korean ceramic artist and a council member of the International Academy of Ceramics (IAC) 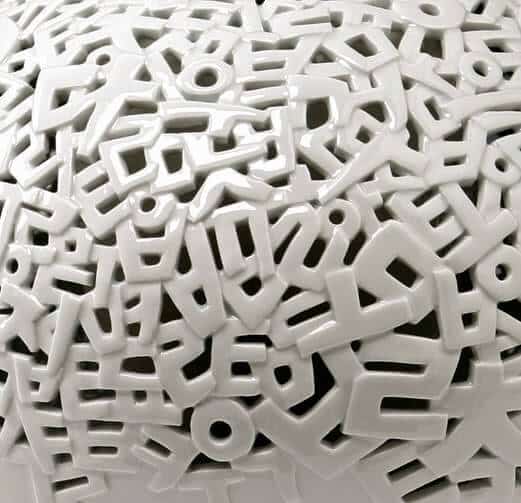 The Greek word ‘Poetics’, originating from the verb “to make”, has many connotations as it also associates with the making of space, music, architecture, poems etc.

Seeing Jeon Seong Keun’s work, the audience can hear somebody’s voice reading a poem or they can see a dancer’s silent movements.  In his artwork someone’s poem is expressed as sounds, painting, dancing.  It is very similar to how a poet’s work uses language.

Jeon Seong Keun Double Walled Bottle with Fish and Lotus
I can find the artist’s delicate hands doing open-work and carving on the surface of his works. 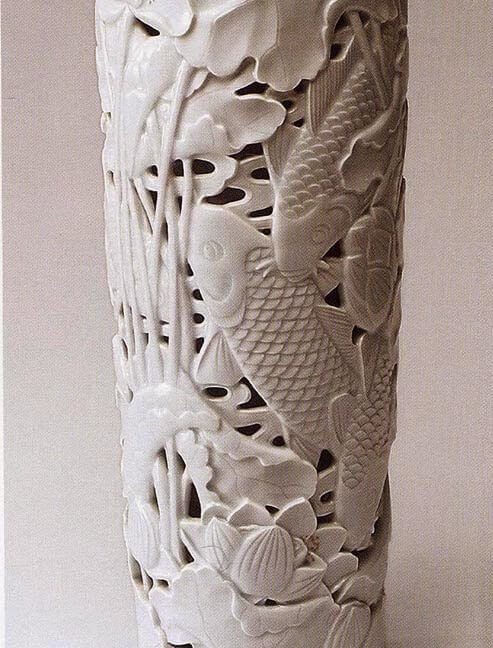 Although the works are already apart from his hands, the audience can feel it is still alive.  His works are some kind of artistic creations crossing the different boundaries between the making of ceramics and the making of poems, the making of Space and the making of forms.  Furthermore, I can see the infinite fantasy and imagination created by a great poet.  The space, made by open-work on the surface of ceramics makes me feel the massive space as if I am a large edifice. 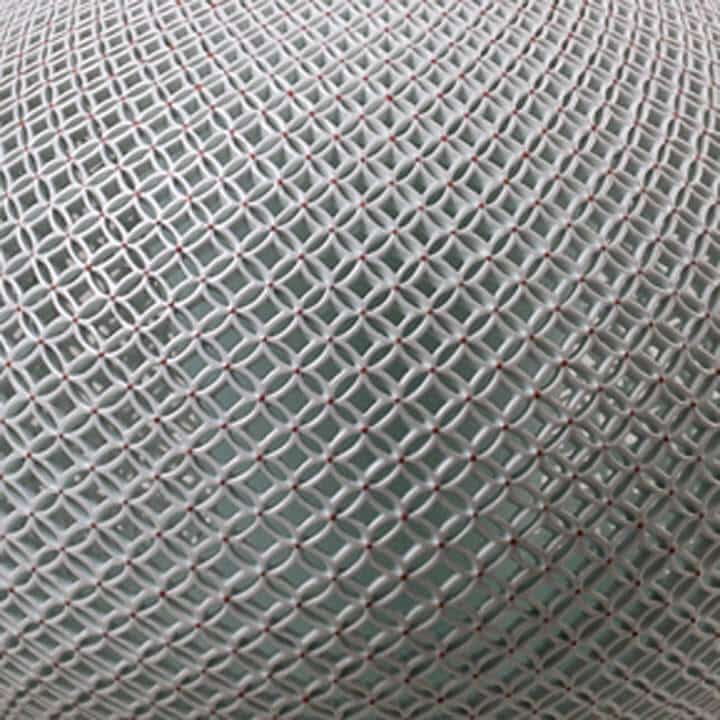 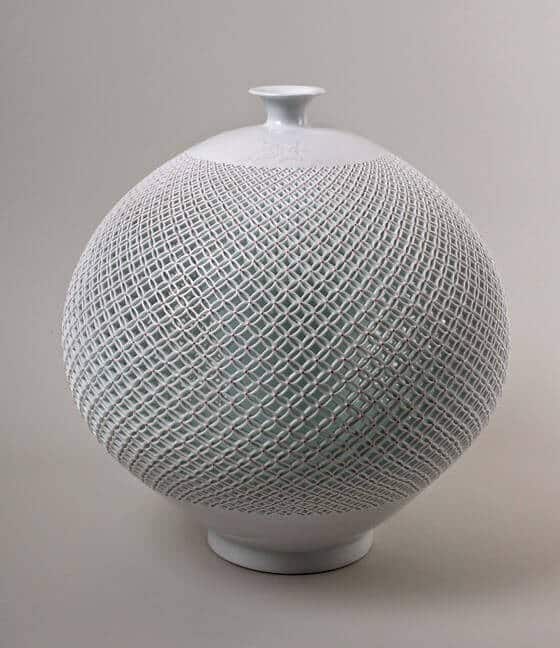 Last but not least, because the form is mainly based on traditional wheel throwing, the audience can contemplate retrospectively ancient ceramic culture.  The artist seems fascinated with the old tradition of Korean ceramics and pursues a new interpretation of that tradition.  I hope to read his “new interpretations” in the near future. 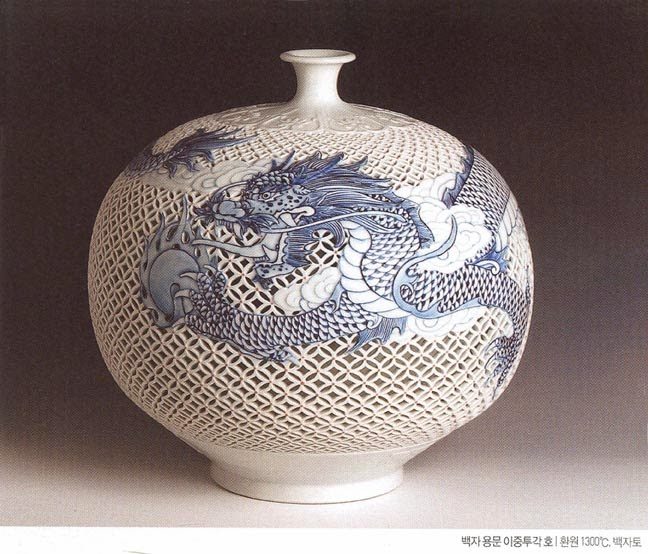 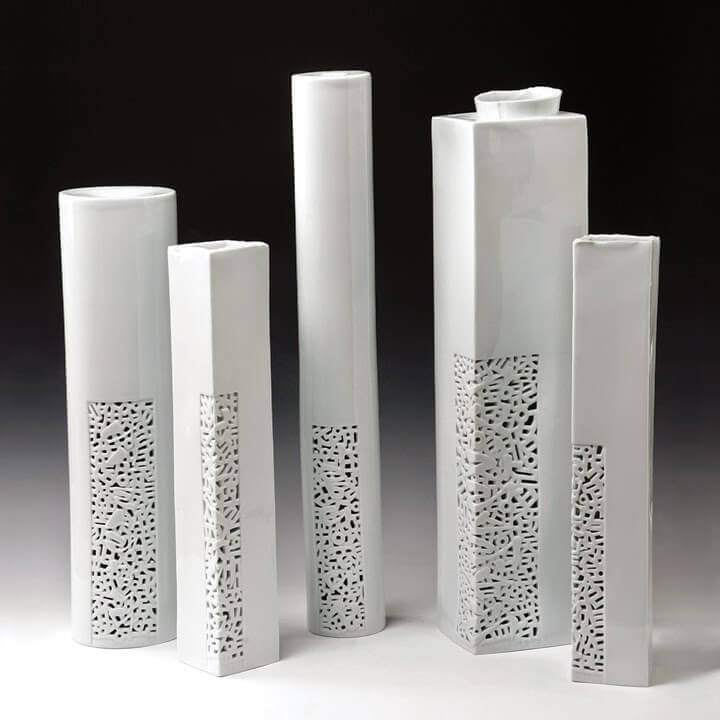 Share on:
« Previous PostJeon Seong Keun: In The Context of Korea’s Ceramic History of Open-Work Next Post »Preparing Tea - A Korean Way