We in the West most often think of North Korea only in political terms.  Historically the potters of what is now North Korea contributed significantly to the ceramic world.  Here are images of North Korean onggi.  The various styles come from different regions of North Korea.  I am working on identifying these regions but that may take a while. 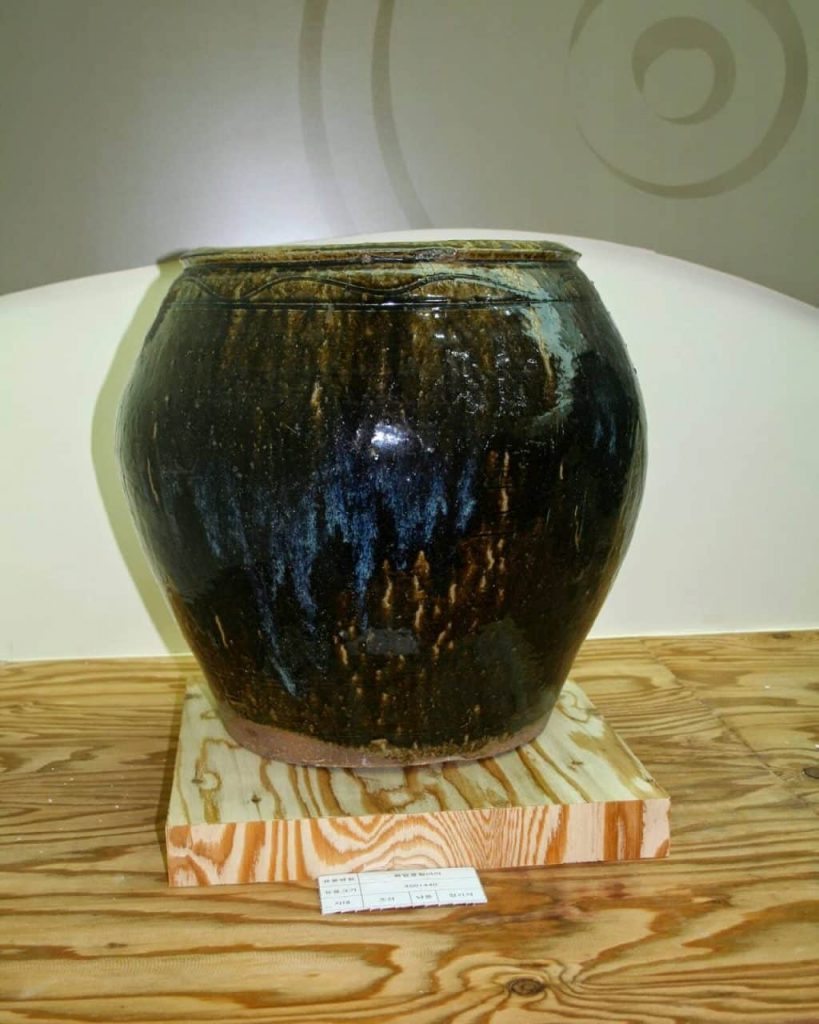 Note the high shoulder combing and ‘ash blue’ coming through the glaze. 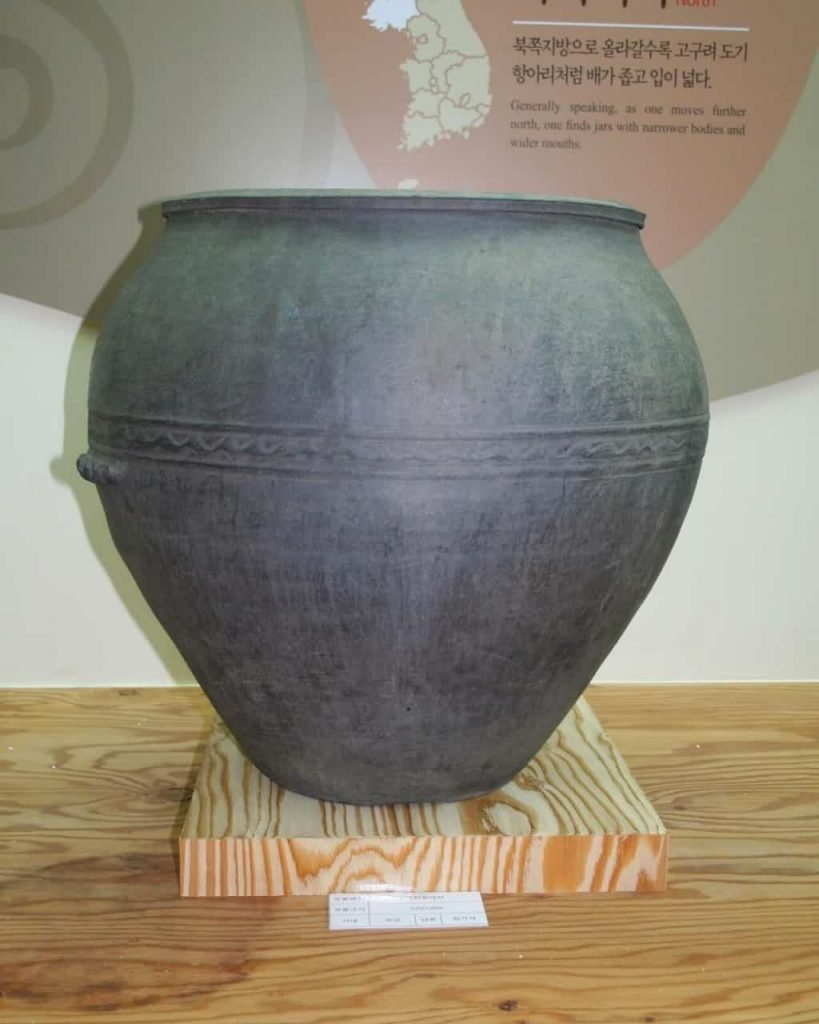 This large jar is decorated by raised applied finger markings achieved with the
use of quite wet small coils of clay squeezed onto the pot while it is rotating. Try it. 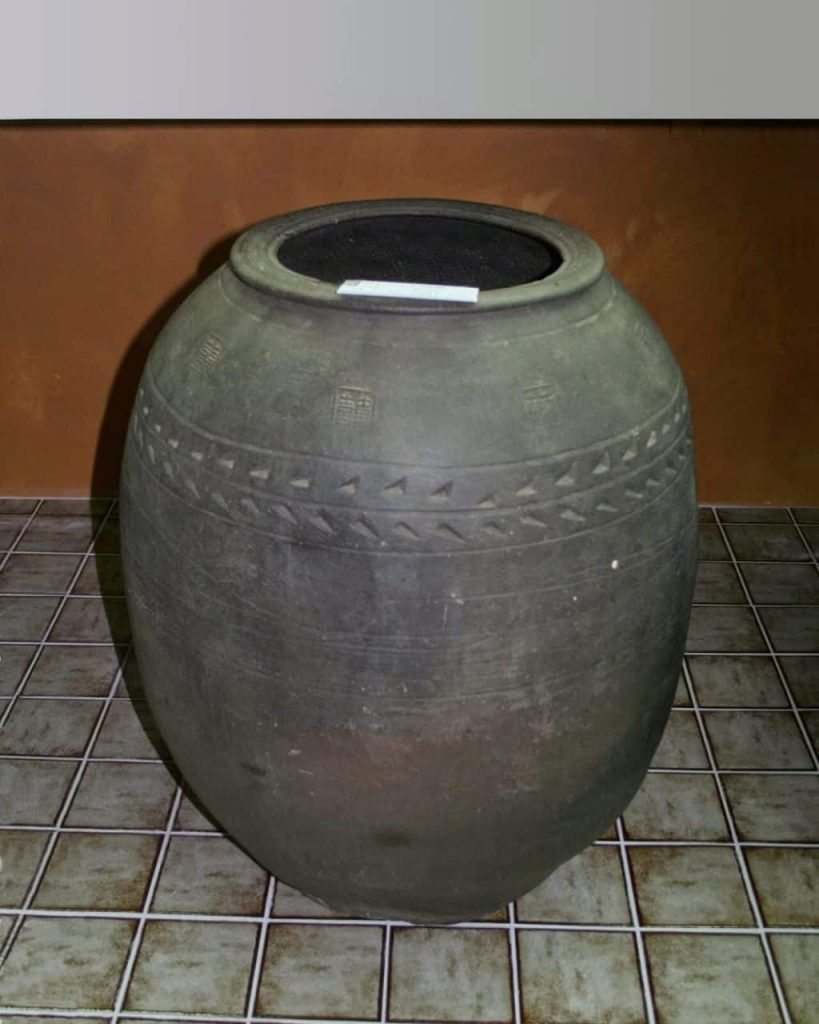 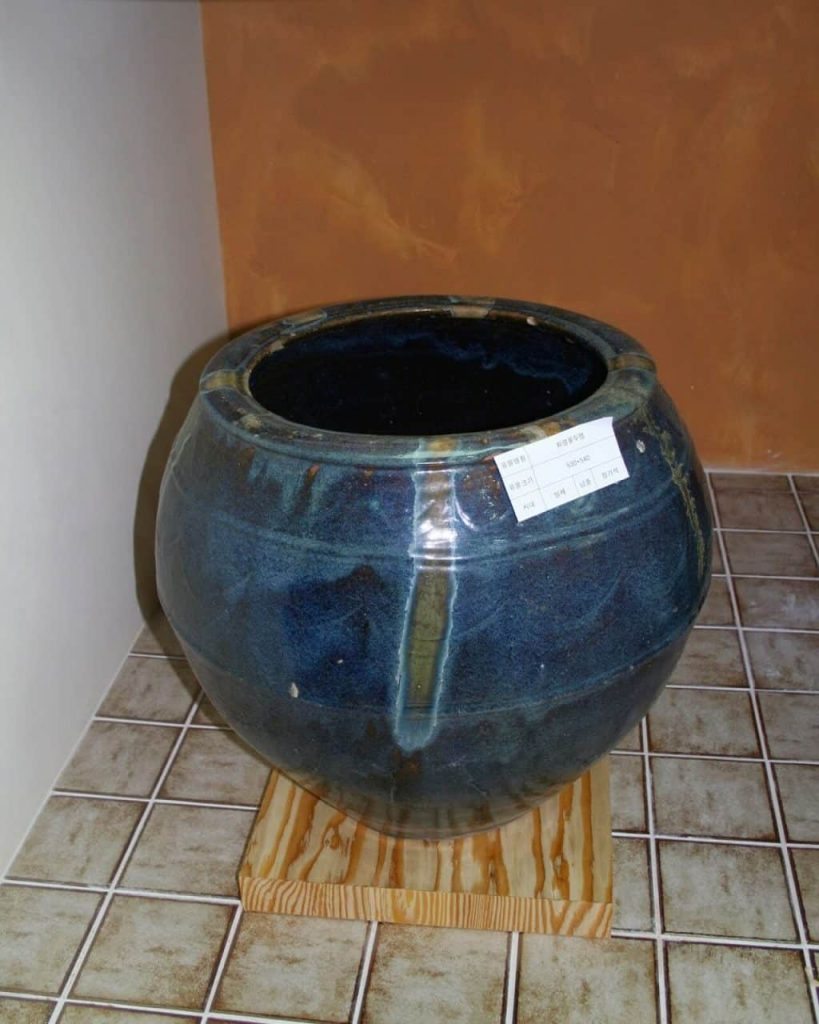 Those of you familiar with Japanese ceramics will immediately see the similarity between the last three onggi images and the pottery known as ‘Joseon or Korean Karatsu’ (조선당진 朝鮮唐津).  During the Imjin War (1592-1598 CE) (after Japan had been given long rifles by the Portuguese) when Japan invaded Korea many, many Korean potters were captured and taken to Japan where they literally changed the face of Japanese ceramics.  Potters taken to the Karatsu area of Japan were from what is now North Korea.  The Joseon or Korean Karatsu style pf pottery in Japan began with these captive Korean potters. 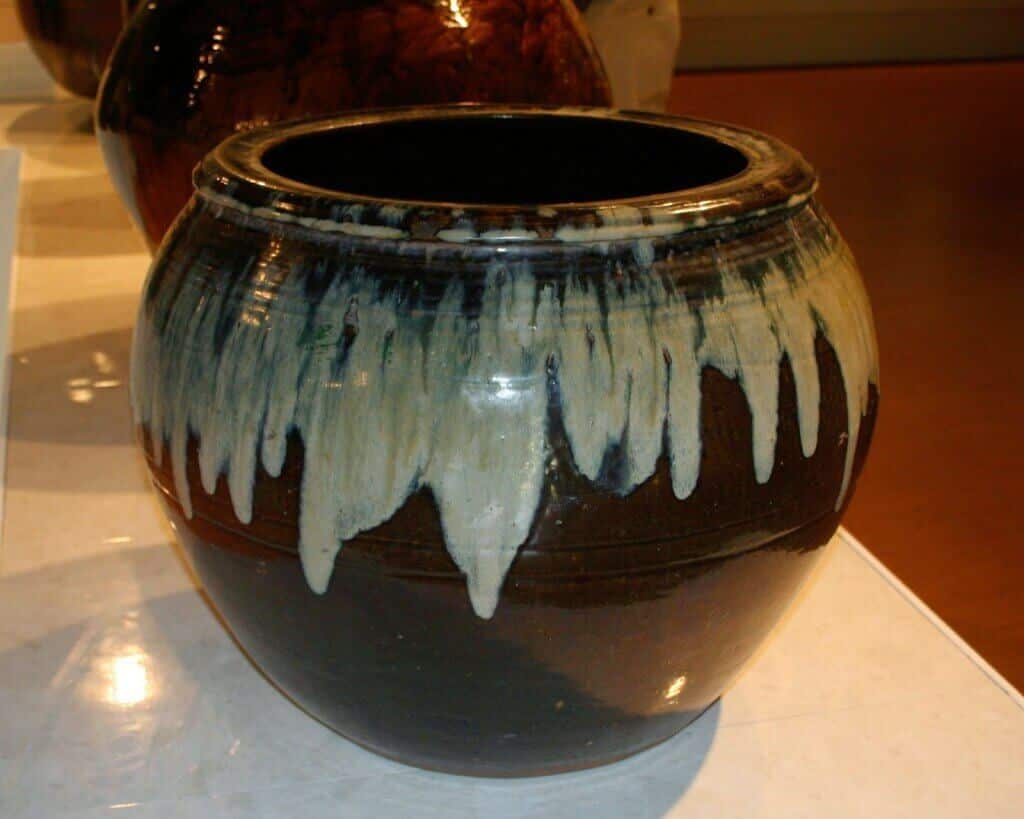 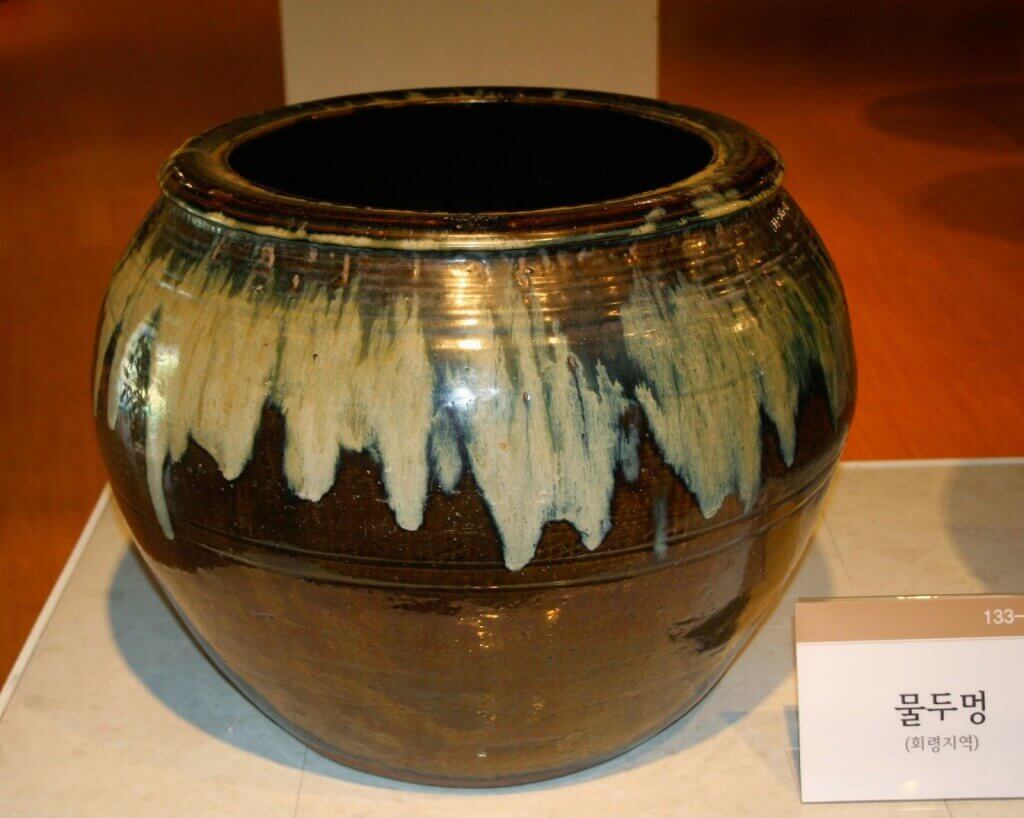 Two sides of the same jar showing the contrasting rice ash over glaze
the style adopted in Japan and called Joseon or Korean Karatsu. 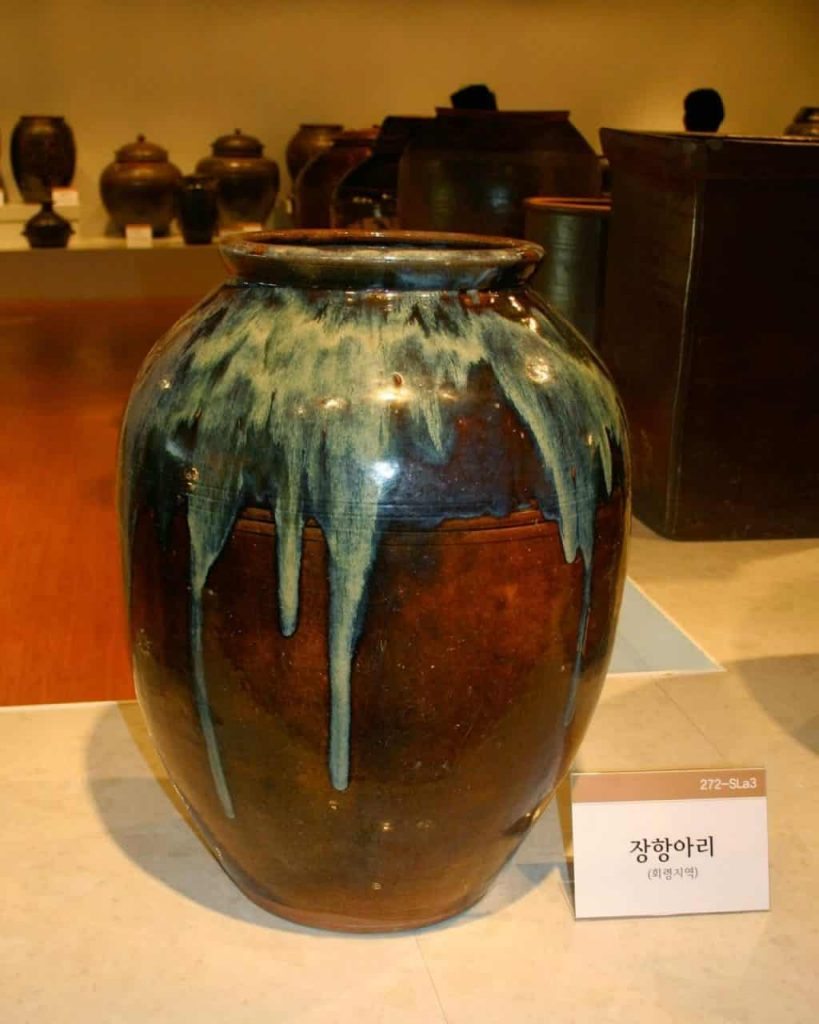 A tall onggi jar in the same style as above.

If you know Japanese ceramics, you can readily see the similarity of these North Korean pieces with Japan’s Joseon or Korean Karatsu. 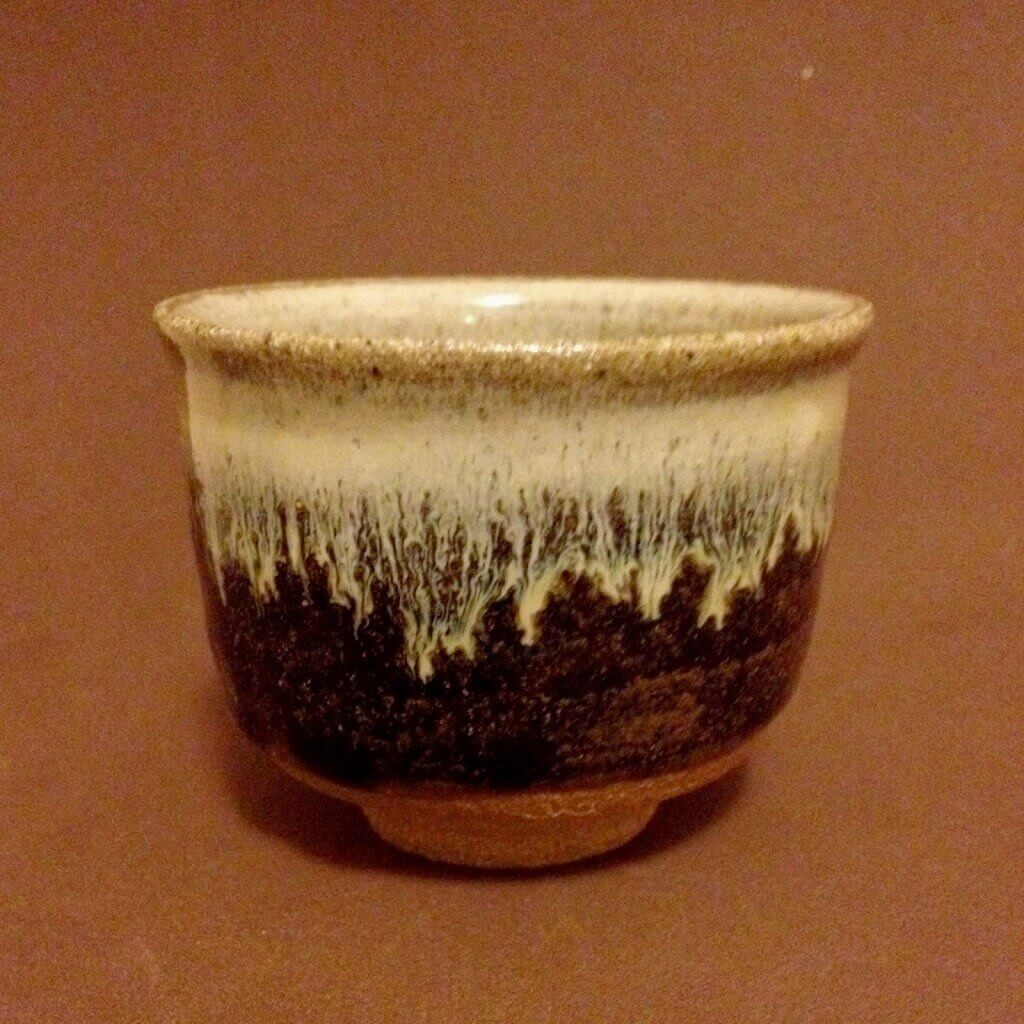 This piece is an example of contemporary Joseon or Korean Karatsu.  The Korean influence on this now Japanese style remains after  400+ years of use in Japan.
The author Dr. Alan Covell, author of books on both Korea and Japan once said, “Removing the influence of Korean potters on Japanese ceramics would be like removing all African American musicians from the Jazz museum.”